BahFed Corp., a small, veteran- and minority-owned business, announced today that it was awarded a contract in one of the key groups of the 5th iteration of National Aeronautics and Space Administration (NASA) Solutions for Enterprise-Wide Procurement (SEWP) vehicle. BahFed received a contract in the Computer System Storage Devices category, enabling it to provide storage devices that complement and support computer systems to federal customers across the United States. BahFed is the only NASA SEWP award winner in the Pacific Northwest region.

The new award has a ceiling value of $20 billion over the next 10 years. BahFed was selected to receive the award based on its technical expertise, various vendor certifications, reasonable prices, immense inventory and timely, accurate delivery.

"We are honored to be an awardee of NASA SEWP V," says Ken Paul, President of BahFed. "Being awarded such a prestigious procurement contract in the developing stages of our company is a testament to our highly-trained and responsive staff and the portfolio of products and solutions we offer. BahFed is well positioned to service the IT needs of our customers, and we are dedicated to becoming a long-term government partner.”

BahFed has been awarded several other government contracts. In August 2014, BahFed was awarded the FSSI OS3 contract, which includes the full catalog of general office supplies, paper, toner and ink. In fact, BahFed is the only certified HUBZone and veteran-owned FSSI OS3 recipient. With the FSSI OS3, NASA SEWP, four other General Services Administration (GSA) contracts and various blanket purchase agreements (BPA) with several agencies, BahFed has become a single source provider of more than 700,000 IT products and office supplies to federal customers.

About NASA SEWP V
This is the fifth iteration of this contract vehicle and is open to all NASA centers, federal agencies and other government contractors for the procurement of a wide range of advanced technology, including tablets, desktops and servers; IT peripherals; network equipment; storage systems; security tools; software products; cloud based services; video conferencing systems and other IT and audio-visual products.

About BahFed Corp
Formed in 2011 in Portland, Oregon, BahFed Corp specializes in the timely and accurate delivery of IT products, commodities and support solutions. As a small, veteran- and minority-owned business operating in a Historically Underutilized Business Zone (HUBZone), BahFed has built its business reputation on its customer service and post-award services. BahFed holds several GSA Schedules, allowing the company to serve government agencies and organizations throughout the United States. 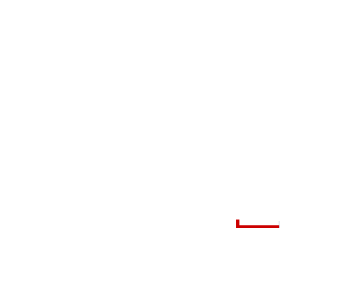